We’re embracing the power of food to bring communities together, especially the celebration aspect of food. Celebrate Pride with these colorful, delicious, healthy summer dishes from a selection of our favorite LGBTQ+ chefs.

"They say the way to the heart is through the stomach. Love is love. Food is love." - Jesse Szewczyk

Aaron is an NYC-based recipe developer, food writer, and professional eater. His blog, The Hungry Hutch, features a variety of delicious recipes. Blogging fueled him to want to hone his craft, which led to attending the French Culinary Institute’s Classic Culinary Arts Program. "My passion for food is even greater than my love of sleep (which is saying a lot)." Check out this interview with Aaron to read more about his experience as a chef and a member of the LGBTQ+ community.

Irvin Lin is a cookbook author, writer, recipe developer, designer, photographer and self-taught baker. At the same time he was designing, he was also baking. "I’ve been baking since I was 9 years old, constantly making cookies and cakes whenever I could." Check out his New York Times-acclaimed cookbook, Marbled, Swirled, and Layered: 150 Recipes and Variations for Artful Bars, Cookies, Pies, Cakes, and More.

Kristen is a Korean-American chef and winner of Season 10 of Top Chef and host of the TV show, 36 Hours. She attended Le Cordon Bleu in Chicago, earning an A.A. in culinary arts and now runs the incredible restaurant Arlo Grey in Austin. Her recipes are delicious, inspiring, and definitely worth trying at home. Check out her interview on the Cherry Bombe podcast for a personal look into her life as a chef.

Here is her Creamy Zucchini Dip, perfect for any crudités platter.

Using a blender of your choice (I use a nutribullet for this) blend all ingredients together until creamy and smooth. Enjoy immediately or store in the refrigerator for up to a week.

**Pictured here are summer tomatoes, shaved raw zucchini, fresh parsley, and hemp seeds. The dip is great on proteins (vegan or non vegan), or as a salad dressing for “ceasar” salads, or a pasta sauce!

Nik is a food writer, photographer, cookbook author, and recipe developer born in Bombay, India and currently based out in Los Angeles, California. He is currently a food columnist for the San Francisco Chronicle and also writes for Serious Eats and Food and Wine Magazine. You can also find his recipes at Taste and Saveur. Check out this  New York Times article - Nik Sharma - An Indian Food Writer Breaks Free From Tradition.

Five-time James Beard nominee, Lesbian, Mexican, vegan and above all chingona (rough translation — badass), Phoenix chef Silvana Salcido Esparza is not only a master interpreter of Mexican cuisine, she’s a social justice warrior. “I come from generations of advocates for those who cannot advocate for themselves,” she says (via Civil Eats interview). Check out her restaurant Barrio Cafe for delicious eats like a vegan stuffed pepper (Chiles en Nogado Vegano).

In the words of Jake, "I am a nice Jewish boy who loves food. I love food so much that my entire existence, personal and professional, is pretty much centered around cooking and consuming it." Jake studied at the Culinary Institute of America, followed by a stint dworking the line at NYC institutions, DANIEL and ABC Kitchen. Eventually, he transitioned out of restaurants and into food media. He is now the Editorial and Test Kitchen Director of The Feedfeed, the largest social media-driven food publication. Check out his article, Finding Queer Community, One Shabbat at a Time.

Michael is a food writer, independent scholar, culinary historian, and historical interpreter personally charged with preparing, preserving and promoting African American foodways and its parent traditions in Africa and her Diaspora and its legacy in the food culture of the American South. Michael is a Judaic studies teacher from the Washington D.C. Metropolitan area and his interests include food culture, food history, Jewish cultural issues, African American history and cultural politics. Check out his article, I'm Gay, and This Is Why You Should Care.

Use this recipe to make Michael's Kosher Collard Greens

(sub vegetable stock for chicken stock to make it vegan)

Jesse is a writer, recipe developer, and food stylist based in New York. He is the author of Tasty Pride, a collection of 75 recipes and stories from the queer food community (Clarkson Potter/Tasty) that raised $50,000 for GLADD.When he is not baking cookies or fluffing food for the camera, he can be found reading graphic novels, consuming excessive amounts of caffeine, and drunkenly cooking with his boyfriend.

Preeti Mistry is the Executive Chef of Navi Kitchen in Oakland and founder of Juhu Beach Club, and has been nominated two times by the James Beard Foundation as Best Chef of the West. Preeti has worked in London and the Bay Area, having held Executive Chef roles at the deYoung Musuem, the Legion of Honor in San Francisco, and Google HQ. Read her thoughts on being Queer in the Kitchen in this KQED interview.

Niki Nakayama is a Japanese-American chef and the owner of Michelin-starred n/naka restaurant in Los Angeles, specializing in modern Japanese kaiseki cuisine. n/naka is one of the few kaiseki restaurant run by a woman in any country. Read her story about defying the odds as a female and lesbian who excels in traditional Japanese culinary art forms typically dominated by men.

Woldy Reyes is a Chef and Founder of the boutique catering company, Woldy Kusina, based in Brooklyn. Woldy Kusina’s cuisine is centered around a simple philosophy — to provide good food and good experiences, with sustainability and culture at the heart of it all. As a first-generation Filipino American, Reyes effortlessly infuses contemporary dishes with vibrant flavors and colors that are inspired by his roots. Check out his Go Fund Me to keep his catering business afloat by feeding healthcare workers: "As a queer and minority business owner, I made a commitment that I would work and hire LGBTQ+, women and minorities."

Questions? We're here to help! Email us at [email protected] 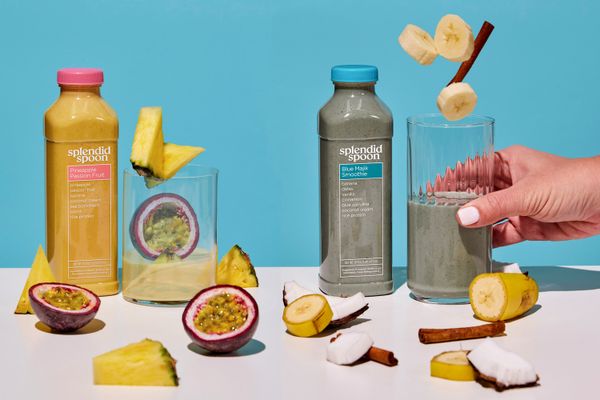 We’ve been busy this spring in the Splendid kitchen! Here’s our round-up of what our team has been cooking up over the past several weeks for you, our Spoon Crew! 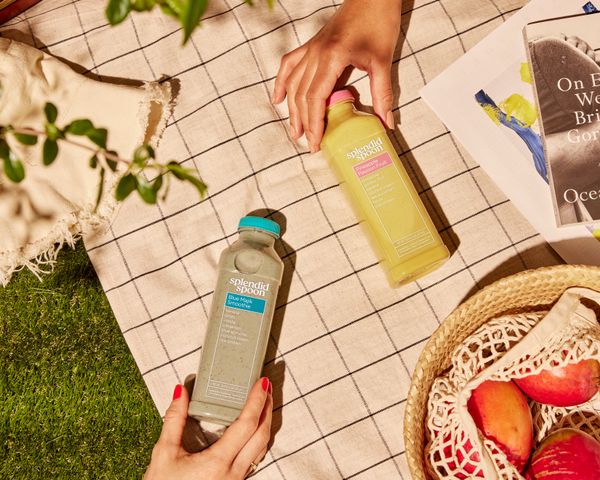