Eating more plant-based meals is the fastest way to shrink your carbon footprint. And beyond helping Mother Earth, you’ll also improve your own physical and mental health.

Today, food writer and nutrition teacher (and previous Splendid Spoon team member!), Leah Kirts, shares why she decided to become vegan, and how this change increased her awareness of the effect each individual has on the world around them.

Splendid Spoon: Hi Leah! Have you always been vegan?

Leah Kirts: Oh, no! I’m from Indiana, so growing up there meant eating a lot of meat and potatoes!

Splendid Spoon: Why did you become vegan?

Leah: I started to become vegan after reading Dominion by Matthew Scully. It’s a very intense book about animal agriculture and our relationship with animals. I read it in 2009 and immediately stopped eating animals. I ate fish once or twice after that, but soon decided I didn’t want to contribute to their suffering either.

My mom has always been into health, holistic medicine, and gardening, so I had been exposed to and interested in wellness for a long time. I’d cut out pork and shellfish a couple of years before I read Dominion, for health reasons, so my food choices were already moving in the direction of vegetarianism. However, becoming vegan was a huge jump, and it was a decision I ultimately made for ethical reasons.

Once I became vegan, I started reading more about the health benefits and environmental impact, which I really had no idea about. It was only after I’d made the initial change that I understood the wider impact of veganism!

Splendid Spoon: You spend your afternoons at schools in Harlem teaching kids about nutrition and health so they better understand how the food they eat affects them and their world. How do you approach it?

Leah: Unfortunately, sometimes nutrition can be boring, so I try to make it fun, inclusive, relatable, and exciting — it’s not always easy, though!

I do a lot of cooking with my students. Every week I’ll pick a fruit, vegetable, or whole grain to focus on. We talk about it, cook something with it, and do a tasting.

One of the best exercises I do is basically a game that combines mindful eating with vocabulary building. This week the focus was bell peppers, so they tasted different kinds of peppers and then had to use adjectives to describe the experience of eating them: the flavors, colors, textures, and aromas. One of the biggest challenges of teaching kids is getting them to slow down, so I try to teach them to be more introspective and thoughtful about what they’re eating, which is a skill they can transfer to every food choice.

Splendid Spoon: Do you discuss veganism with the kids you teach?

Leah: My classes are always vegan or vegetarian, and they ask why I’m vegan a lot; they’re very inquisitive! They have even asked if plants have feelings, too! Haha.

I try to show them that it’s not hard to be vegan, that vegan food can be rich and satisfying — it’s not all salad! I’ve been cooking tofu with them and now I have students telling me they showed their parents how to cook it and eat it at home! I have also had parents ask me how to make things at home that their kids ate and enjoyed in class, which is exciting. I love showing people how to cook food that is easy, delicious, and vegan!

I’ve also been trying to incorporate environmental education into my classes. We talk about where food comes from, how much energy it takes to produce it, and how much waste we create when we eat some foods instead of others, or when we don’t recycle the containers our food and drinks are packaged in. I want them to be aware of how their choices can affect the world around them.

Leah: Before becoming vegan, I cooked to eat but it wasn’t curious cooking. I hadn’t tried many cuisines and wasn’t very experimental. I had to change my diet to line up with my ethical worldview, and living in a tiny town in rural Indiana meant that I was forced to cook for myself and get curious about trying new kinds of food. The Midwestern diet no longer worked for me! I had to make small habit changes until it became easier to feed myself well. We all have go-tos and pantry staples, so when I became vegan, I had to shift those to create richer, more complex flavors without using animal products — I used loads of nutritional yeast!

Splendid Spoon: What do you think of the plant-based meats being created?

Leah: I don’t believe that they’ll change the world, but they do have benefits! The problem with these new lab-grown or plant-based meats is that they’re often pricey and inaccessible for a lot of people. I also think the new obsession with them dismisses a lot of global cultures who’ve been around for thousands of years, using plant-proteins like beans, lentils, tofu and tempeh, and doing really awesome things with them! Veggies are already really cool, too: they’re easy to cook with and super affordable.

That being said, I love that I can get a plant-based burger that tastes like a burger I grew up eating. I love that I can make them for the kids I teach and watch it change their whole perspective of what’s possible. They taste a Beyond Burger and decide that going vegan or vegetarian is totally possible. They can see that veganism isn’t the restrictive, bland, boring lifestyle that it’s often portrayed to be

Splendid Spoon: What’s the biggest challenge about being vegan?

Leah: If I wasn’t vegan for ethical reasons, it would be much harder. The social element is definitely something I struggled with at first, especially with my family who have gradually come on board a lot more. Now I have a few siblings who are vegan and my parents are more accepting of it. My mom has even made her own vegan cheese!

But despite the challenges, I’d never go back to the way things were before. It’s absolutely worth it. My life feels more meaningful, I’m much happier, and the world is a more fascinating and beautiful place. It’s never too hard to make a big change if it’s something that you believe in.

Leah: Modern Love Brooklyn. Their cheese plate is so great. Now that us vegans have a cheese plate, we’ve got everything. We’re taking over ;). 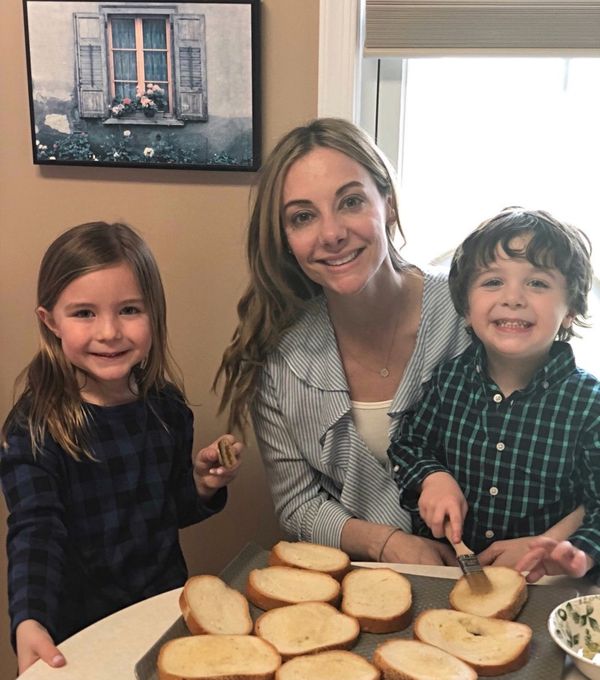 Fridge Voyeur is a virtual visit into the chill zone of the Spoon Crew — our team, our friends, and some of your favorite wellness gurus…

Everyone’s talking about medicinal mushrooms, ashwagandha, and a whole range of other words we struggle to pronounce. But what are they…