Salt’s got a bad rap. You’ve likely heard that to be healthy, you must cut back on this ubiquitous flavor enhancer. But is it really so dangerous? Just like alcohol, caffeine, and saturated fats, salt’s impact on the body is multifaceted, and, well, complicated. But given all the critical duties salt performs, we can confidently say its reputation is undeserved.

In an effort to uncover the virtues of this controversial nutrient, we’ve taken a deeper dive into sodium research, to understand why it isn’t as dangerous as we’ve been told.

How much sodium can I eat?

Sodium is essential: it produces nerve impulses, contracts muscles, and regulates the fluid in your body, blood, organs and tissue. The American Heart Association (who dedicates an entire website to sodium reduction) recommends consuming no more than 2,300mg (one teaspoon) of sodium a day, and advises an ideal limit of 1,500mg. Meanwhile, the average American scarfs down 3,400mg of sodium daily.

Recent studies, however, demonstrate that these levels of sodium consumption aren’t dangerous. The real story is about more than just table salt. What we call “salt” (or sodium) is one in a family of salts — also called electrolytes — which include calcium, magnesium, potassium, sodium, chloride, and phosphate. The body needs a balance of all these electrolytes to run smoothly.

You can’t talk about excess sodium without also talking about deficiency in other electrolytes. A major finding from recent sodium studies is how deficient Americans are in potassium and magnesium (more on this below). Whole, plant-based ingredients like root vegetables, seeds and nuts are rich sources of potassium and magnesium. However, modern diets see us more likely to grab a bag of processed something than a bowl of roasted sweet potatoes.

It’s important to note that there is such a thing as too much. It’s widely accepted that consuming more than 5,000mg of sodium a day has a negative effect on your health. Excessive sodium consumption increases blood pressure as it makes your body retain excess fluids. Focus on balance when you reach for the salt shaker. If it feels like too much, it probably is: sticking to whole foods and water is always a good thing.

And more on potassium and magnesium…

The Framingham Heart Study, a longitudinal study on more than 2,600 men and women over 16 years, revealed that a low-sodium diet doesn’t actually lead to better health. Lynn L. Moore of the Boston University School of Medicine explains: “People who were on a lower-sodium diet …actually had no benefit, specifically in terms of their blood pressure or their risk of developing heart disease.” That contradicts the American Heart Association’s recommendation to follow a low-sodium diet. But why?

It’s because the health risks of a high sodium intake are inextricably linked to potassium and magnesium deficiency. If you consume enough potassium and magnesium, you can also consume more sodium, with a lower risk of complications. Potassium helps the kidneys flush salt from the body. This reduces the body’s sodium levels, which, when high, lead to heart issues. Potassium also relaxes blood vessels, lowering blood pressure. Finally, magnesium transports electrolytes such as potassium and calcium into cells, which helps maintain a healthy heart. However, an astounding 50% of the US population are magnesium-deficient and 98% are potassium-deficient. Great sources of potassium include sweet potatoes, squashes, and white beans. For magnesium, reach for pumpkin seeds, almonds, black beans, and spinach. All these ingredients are plentiful in Splendid Spoon meals ;).

Is there a link between sodium and weight loss?

New research from The Journal of Clinical Investigation highlights the flaws in our current understanding of sodium’s effects. This study show that salty foods can actually lead to greater weight loss. This is because a higher salt intake causes the body’s glucocorticoid hormones (which influence metabolism and the immune system) to work harder, breaking down fat and muscle to release water for the body to use.

It’s too early to confirm whether these findings are transferrable to real life (don’t turn to potato chips as a weight loss tool!), but they’ve shown — in the words of Dr. Melanie Hoenig of Harvard Medical School — “that we really do not understand the effect of sodium chloride on the body.”

So…how much sodium should I eat?

Drink lots of water, and limit processed foods with long ingredient lists. But don’t overly scrutinize labels and stress about the exact milligrams of sodium you consume in a day. Instead, focus on better connecting with yourself so you can choose what’s right for your body.

How much salt is in Splendid Spoon meals?

Our Bowls and Drinkable soups average just over 300mg of sodium per serving. We want our meals to be flavorful — so yes, we use salt. Our meals are also highly satisfying and rich in whole, plant-based ingredients. This means they’re a great source of potassium and magnesium. And if after all that, you still happen to be sensitive to sodium, we have plenty of recipes that can accommodate you! 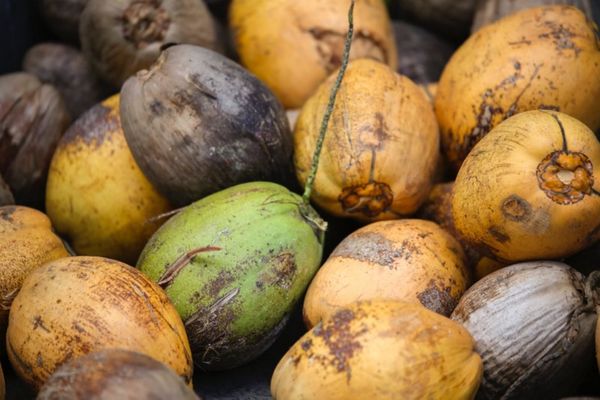 We want to share the knowledge of our inspiring Spoon Squad far and wide. Today’s guest post comes from Registered Dietitian, Serena Hunt. 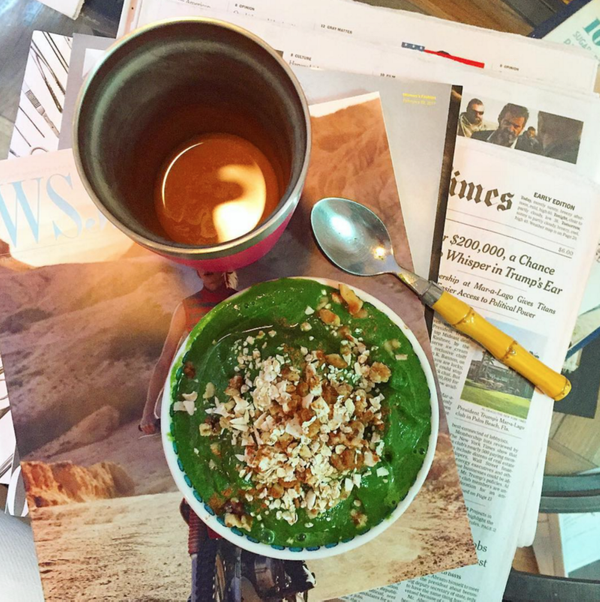 How can we transform frantic mornings into peaceful ones? We asked our Spoon Squad for their hacks to find space and calm in the first few…