We spoke with Brooklyn-based food writer and photographer, Diana Kuan, to discuss the global history of noodles and more specifically, their cultural significance in East Asia. She is the author of Red Hot Kitchen, on cooking with Asian hot sauces, and The Chinese Takeout Cookbook, on Chinese food and culture in America. Her favorite foods are dumplings, ramen, and tacos, usually with hot sauce on the side.

There are few foods as beloved around the world as noodles. Many cultures lay claim to some form of noodle dish, from East Asia westward to Europe. But where did they actually originate?  There are actually many conflicting ideas surrounding which regions and cultures first began creating noodles. Some historians believe they originated in the Middle East and were originally made with semolina and dried before cooking. Others believe the birthplace was somewhere in Central Asia. Many Chinese believe that noodles were created in China and spread west via the voyages of Marco Polo. Many Italians lay claim to inventing pasta and argue it was in Italy long before Marco Polo was even born. The most plausible claim, some food historians and archaeologists believe, was that noodles originated in the Near East (western Asia, Turkey, and Egypt) where durum wheat was first cultivated, and spread both east and west along different timelines and trajectories.

In the early 2000s, a 4,000 year old bowl of noodles was found at an archaeological site in northern China. The bowl was overturned, and perfectly intact long yellow strands of millet noodles were found inside. Before the discovery of the intact noodles, the earliest mention of noodles was in a book written in the Han Dynasty about 2000 years ago. Without written records from other cultures mentioning noodles that date back that far, it’s only safe to say that noodles existed at least 4,000 years  in China, with the possibility that they existed in other areas before that.

An art form in East Asia

Whether or not noodles actually originated in East Asia, it became the region that has made noodles into not only a crucial part of the diet but also a food that is endlessly versatile and adaptable. Noodles spread from China to Japan as early as 9th century AD and Korea as early as 14th century, around the time the very documentation of pasta was in Italy. In addition to wheat or millet, now we have noodles made with rice, buckwheat, mung bean, kelp, corn, and konjac yam. In China, noodles can be thick and round, thick and flat, skinny straight, or skinny wavy. In China, an early form of noodles were small bits of bread dough tossed into boiling water. Today that form can be seen in the forms of mian pian (square flat noodles), dao shao noodles (thicker noodles shave with a knife), and mao er duo (“cat’s ear” noodles very similar to the shape of orecchiette and gnocchi). Hand-pulled noodles (la mian) is an art form that requires months to become comfortable with, and even longer to master. Noodles can be stir-fried, steamed, boiled, pan-fried, deep-fried, or simmered in soup.

As a Chinese-American, noodles were a big part of my life since I was first able to eat solid foods. While it wasn’t served at every single meal like rice was, we would eat it at least 2 or 3 times a week. Stir-fried noodles were often served as part of a multi-course meal. Or we would go out for wonton noodle soup at restaurants that specialized in them, which were found everywhere in the southeastern city of Guangzhou where I was born, and in Chinatown in Boston where we frequently after moving to Massachusetts when I was very young.

Though noodles are part of everyday life in Chinese culture, they also hold a lot of symbolism when eaten during significant events. In China, noodles are frequently eaten during the start of the Lunar New Year and on birthdays. In fact, they symbolize longevity and good health for the year ahead. But as the superstition goes, cutting them translates to cutting your life short.

But when you’re chowing down on noodles, the foremost concern is flavor and texture. Wheat noodles were best when they are springy, and there are many techniques that contribute to that signature texture. Rice noodles should be smooth, not too firm, yet not too soft. And the sauce or soup that envelope the noodles should have depth and a nice balance of flavors. Slurping is not only allowed but also highly encouraged, because it means you’re thoroughly enjoying the noodles you’re eating.

So the next time you’re eating (or rather slurping) noodles such as Splendid Spoon’s plant-based noodle bowls, it’s worth considering that the noodles you’re consuming are descended from thousands of years of history and cultural influences!

Need some noodles in your life? We've got you covered. Click here to learn all about our NEW noodles and to add them to your order today!

Questions? Send us an email at [email protected] 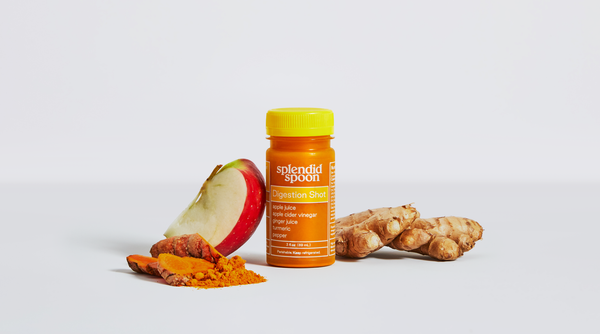 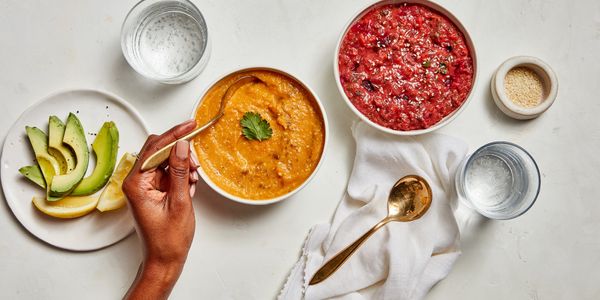 We have talked to Joel Fuhrman, M.D., a board-certified family physician, seven-time New York Times best-selling author and internationally recognized expert on nutrition and natural healing to discuss the health benefits of the plant-based diet.